Serbia (Serbian: Srbija / Cyrillic: Србија) is a small country in southeastern Europe. The country is about twice the size of the Netherlands and has more than 7 million inhabitants. The capital is Beograd (Belgrade).

According to ABBREVIATIONFINDER, Serbia is centrally located in the interior of the Balkans. The country borders in a clockwise direction with Hungary, Romania, Bulgaria, North Macedonia, Kosovo, Montenegro, Bosnia and Herzegovina and Croatia. Serbia measures a maximum of 470 kilometers from north to south and 280 kilometers from west to east. The north of Serbia is flat, a region called Vojvodina, which consists mainly of wheat fields. The middle of Serbia is hilly and has more forest. Higher mountain areas can be found in the south of the country, especially in the border areas with neighboring countries, but also elsewhere. The 2,169 meter high Midžor is the highest point in Serbia. In Kosovo there are higher mountains. The main river is the Danube, the Sava is the main tributary of this in Serbia. A long but relatively small tributary that flows through southern Serbia is the Morava.

Serbia has a humid continental climate with subtropical characteristics, with warm to hot summers but cold winters. The average maximum temperature in Belgrade ranges from 4°C in January to 28°C in July. The country has significant peaks, temperatures up to 40°C are not uncommon in summer and temperatures can drop to -15°C in winter. Average precipitation varies, the west is wetter than the north and east. In Belgrade there is an average of 700 mm of rain per year, slightly less than in the Netherlands.

With 7.1 million inhabitants (excluding Kosovo), Serbia has the largest population in the Western Balkans. Beograd (Belgrade) is the largest city in the region and has 1.2 million inhabitants. See Serbia population density. Serbia has 5 cities with more than 100,000 inhabitants, in addition to Belgrade also Novi Sad, Niš, Kragujevac and Subotica. There are 17 cities with more than 50,000 inhabitants. The population of Serbia (excluding Kosovo) peaked at 7.8 million in the early 1990s and has been shrinking since then. The birth rate has fallen sharply, since 1991 natural growth has been negative. Between 1990 and 2017, the country lost more than 10% of its population.

Because Serbia is located in the middle of the Balkans, there are various ethnic groups, although the Serbs are by far the largest group with 84% of the population, followed by the Hungarians with 3%, who mainly live in the north. Roma and Bosniaks both still make up 2% of the population, other population groups are smaller than 1%. The official national language is Serbian, which 88% of the population speaks as their mother tongue. In addition, several minority languages ​​are recognized such as Hungarian, Albanian, Romanian, Bulgarian and Rusyn, as well as Croatian and Bosnian, which are interchangeable with Serbian.

Serbia is a developing country, with a GDP per inhabitant that is growing gradually, but is significantly below the EU average. Serbia is somewhat less prosperous than Slovenia and Croatia, but more prosperous than Kosovo, Bosnia-Herzegovina and Albania. It has traditionally been the most industrialized country in the Western Balkans. However, this sector was hit hard by the economic sanctions and NATO bombings in 1999. Serbia has a remarkably large automotive industry, centered around the city of Kragujevac. The country is strategically located on the transport corridors across the Balkans, for both north-south and east-west traffic, which converge in Belgrade. The corridor from Hungary to Greece and from Croatia to Bulgaria and Turkey is particularly important. However, Serbia has no port because it is not on the sea,

In the Middle Ages, the historical Kingdom of Serbia was created, which had the Danube as its northern border. However, in the middle of the 16th century it was taken over by the Ottoman Empire, each time temporarily interrupted by the Habsburg influence moving southwards, especially in the region of Vojvodina. Between 1804 and 1815, the Serbian Revolution took place to gain independence from the Ottoman Empire. However, it was not until 1867 that the last Turkish troops had left the region. Formal independence was recognized in the Congress of Berlin in 1878. However, this treaty prohibited Serbia from entering into a union with Bosnia, which became part of Austria-Hungary. In 1882 Serbia became a kingdom again. During the First Balkan War of 1912, European forces defeated the Ottomans in Europe, with Serbia gaining Kosovo and the southwestern region of Raška.

When Archduke Franz Ferdinand was assassinated in Sarajevo by Bosnian Serb Gavrilo Princip in 1914, Austria-Hungary declared war on Serbia, marking the start of World War I. The Serbs initially managed to withstand the Central Powers, but were defeated in 1915. After the Central Powers suffered great losses elsewhere in Europe, Serbia was able to regain the country in 1918. World War I cost enormous numbers of lives on the Serbian side, more than half of the men in Serbia were killed between 1914 and 1918. With the end of the First World War, the dual monarchy of Austria-Hungary also collapsed, Serbia obtained the Vojvodina region.

Shortly after the First World War, the Kingdom of Yugoslavia was founded, with Belgrade being the capital and Serbia being the most important part. In 1941, an invasion of Nazi Germany followed. This led to an armed uprising that was most effective in all of Europe in Yugoslavia during the German occupation. The partisans were eventually too powerful for the German occupiers and Serbia was liberated in 1944 with the support of the Soviets. After World War II, Serbia became one of the six republics forming the Socialist Federal Republic of Yugoslaviawith Belgrade being the federal capital. Although Yugoslavia was not part of the Eastern Bloc, it was a communist country. The people of Yugoslavia had more freedoms and the country traded more with the West than the Eastern Bloc.

President Tito passed away in 1980. During the 1980s nationalist sentiment increased in Yugoslavia, eventually breaking up into different countries in the early 1990s, which was accompanied by large-scale conflicts, the Yugoslav Wars of the early 1990s were the largest conflicts in Europe since World War II. The most intense conflicts were in Bosnia and Croatia, where the Serbs opposed independence. Serbia, Kosovo and Montenegro remained together as the Federal Republic of Yugoslavia from 1992. In 1999 the Kosovo war broke out, after which NATO intervened and bombed Serbia, destroying much industry and infrastructure. Kosovo was subsequently placed under UN administration. The name Yugoslavia ceased to exist in 2003, the country was called Serbia and Montenegro from then on. divorced in 2006Montenegro settles peacefully after referendum. In 2008 Kosovo declared its independence, which has not been recognized by Serbia, which continues to regard it as an integral part of the country. Since then Kosovo has been de facto independent. 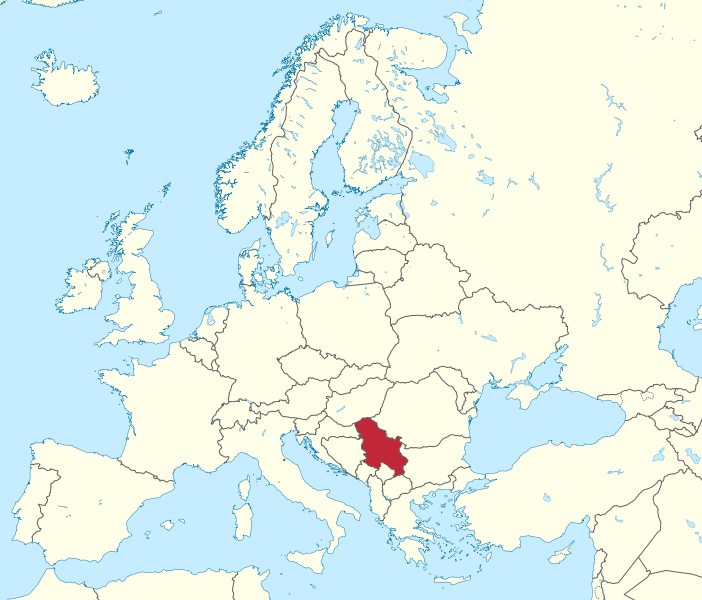 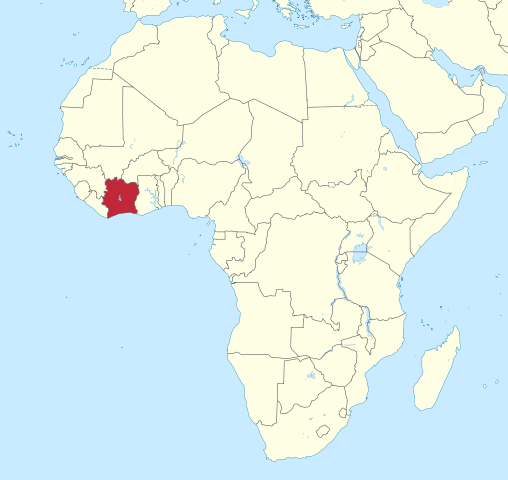 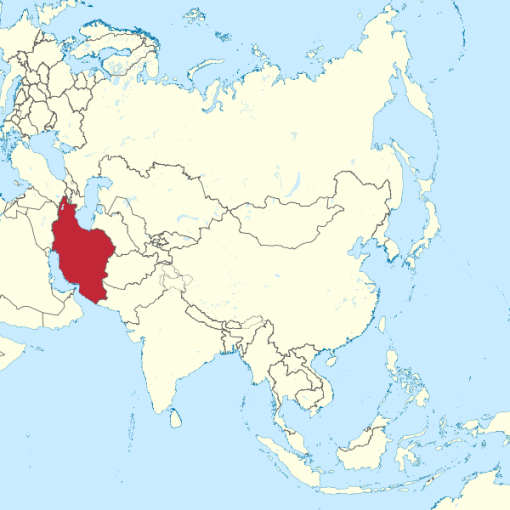 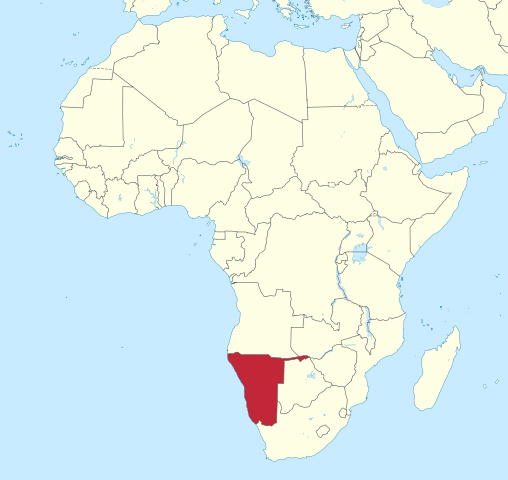 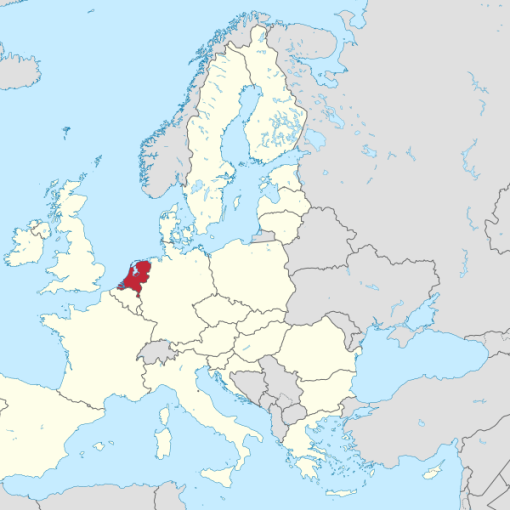