Laos (Lao: ລາວ, Lao), formally the Lao People’s Democratic Republic (Lao: ສາທາລະນະລັດປະຊາທິປະໄຕ ປະຊາຊົນລາວ Sathalanalat Paxathipatai Paxaxon Lao) is an inner state in Southeast Asia. The country is almost 6 times the size of the Netherlands and has 7 million inhabitants. The capital is Vientiane.

According to ABBREVIATIONFINDER, Laos is located in the interior of Southeast Asia and borders Thailand to the west, Myanmar and China to the north, Vietnam to the east and Cambodia to the south.. The capital Vientiane is located on the Thai border in the middle of the country. The shape of the land resembles a palm tree, with a long broad trunk to the south and several bulges to the north. Laos is quite mountainous, although the mountains are not extremely high. The Phou Bia is the highest point at 2,819 meters, in the center of the country. The Mekong River flows along the Thai border, and later along the border with Myanmar. The country largely has a tropical climate, which is somewhat tempered higher in the mountains. The average maximum temperature in the capital Vientiane varies from 28 to 34°C. There is a pronounced wet and dry season, of the 1660 mm the vast majority falls in the period from May to September.

The capital Vientiane is also the largest city with 780,000 inhabitants, although some sources estimate the population to be much lower, around 200,000. Other important cities are Luang Prabang in the north and Savannakhet and Pakxe in the south. However, Laos does not have large modern cities like in Thailand, China or Vietnam. The population mainly lives in rural areas. See Laos population density. Laos is spoken in Lao, which is written in the Lao script. This script is somewhat similar to the Khmer script in Cambodia and the Thai script in Thailand. However, Lao is spoken by only half of the population, the other half speak small minority languages. French is still relatively widely spoken as a second language, while English as a second language is on the rise.

Laos is a communist one-party state and is quite isolated due to its location in the interior. The country is one of the least developed in Southeast Asia. The Vietnam War has had a significant impact on the country, as has the Laotian Civil War. Agriculture still accounts for more than half of Lao’s GDP and mainly provides for its own food supply. 80% of the cultivated land is used for growing rice. Laos remains highly dependent on foreign aid. Hardly any industry has been developed. The poorly developed infrastructure is a major barrier to the development of the country. Laos is an early tourist country, where one can still experience the original Asia. Nature in particular attracts more and more tourists.

The country has its origins in the Lan Xang Kingdom, which covered much of the interior of Southeast Asia between the 14th and 18th centuries. In the 18th century it was divided into three kingdoms, after which the area became a French protectorate in 1893. However, Laos was much less developed by the French than Vietnam, economic development was limited and little infrastructure was built. During World War II, Laos was governed from Vichy France with Japanese supervision. The country was not really occupied by Japan until 1945 when France was liberated by the Allies. In the same year, however, the Japanese were expelled, after which Laos was briefly independent. It was then recolonized by France, but gained autonomy in 1949 and full independence in 1953. It was then a monarchy, after which the Laotian civil war broke out in 1959, which lasted until 1975. This one was fought between communists and the western backed government, it was a proxy war of the Cold War, parallel to the Vietnam War. Laos has the dubious honor of being the most bombed country in the world. More bombs were dropped on Laos than in the entire Second World War combined. Since the 1990s, calm has returned and the socialist system is slowly being phased out. The central planning of the economy by the communists has been abandoned, but the communists still have full political power.

Traditionally, Laos had the least developed road network in Southeast Asia. Neighboring countries such as Vietnam, Thailand and Cambodia have renovated the main road network, in Laos this only applies to a number of main roads. Route 13 is the country’s main highway, running from the Cambodian border via Vientiane and Luang Prabang to the Chinese border in the north. Route 9 connects southern Laos with central Vietnam. Many other roads are still (partly) unpaved, including main roads in the country. Laos has one highway since 2020, the first phase of the Vientiane – Boats Expressway. In addition, there are a number of four-lane roads in Vientiane and Luang Prabang, without a median strip. The numbered road network, paved or unpaved, is considerably thinner than most neighboring countries, partly due to the difficult terrain and lack of larger cities to connect.

The Mekong River is a formidable obstacle in land transport, there are only two bridges over this river, at Pakxe and south of Vientiane. As a result, the numbered road network west of the Mekong in northern Laos is effectively disconnected from the road network in the rest of the country. There are ferry services across the Mekong. Also, there are no border crossings with Myanmar.

There are plans to build a highway from Bangkok to Kunming in China. This road will also have to pass through Laos and is called the Vientiane – Boats Expressway. In China, this road has already been completed, and in Thailand there are concrete plans for Route 6 from Bangkok to the Laotian border at Vientiane. There are also concrete plans in Vietnam for at least the part of the Chinese border to Hanoi. The missing link then remains the route between Hanoi and Vientiane, also the most difficult part of the highway, as this area is mountainous and difficult to reach.

On December 20, 2020, Laos’ first expressway opened, a 109-kilometer stretch of the Vientiane – Boats Expressway between Vientiane and Vang Vieng.

There are plans for a motorway from Vientiane to Pakse. In June 2021, the 491 kilometer long route was approved.

Major roads have one and two digit numbers, but are not always fully paved. The road numbers are divided by region and ascend to the south, but there are exceptions. These exceptions can largely be traced back to the road numbering that France used in colonial times for the whole of Indochina (the current countries of Vietnam, Laos and Cambodia). One of those roads is Route 13, the country’s main road, which was part of the French Route Coloniale 13 from Saigon to Luang Prabang. She therefore formed a unit with the Vietnamese QL13, from Ho Chi Minh City to the Cambodian border. Route 9 was also part of a French Route Coloniale, which therefore connects to the Vietnamese QL9 for a reason.

Road numbers are rarely indicated on signposts, but they are on kilometer stones along the main roads, after the French model. The road numbers do not have a prefix.

The signage is extremely simple and sparse. These are blue plates with white letters, mainly in the Lao script, with an English translation, which is sometimes only a romanization of the Lao script. Road numbers are almost never indicated on signposts, but they are on kilometer markers along the road after the French model. This also often shows through destinations with a distance, whereby the kilometer markers also serve as distance signs.

Green signage is used on motorways, which are after Chinese model. This signage is bilingual Laotian and English. Motorways also have exit numbers.

Most roads have little or no road marking, only the newer renovated roads have modern road markings with both a center line and side markings. Both completely white markings, as well as a white marking with a yellow center stripe are used in Laos, there seems to be no consistency here. 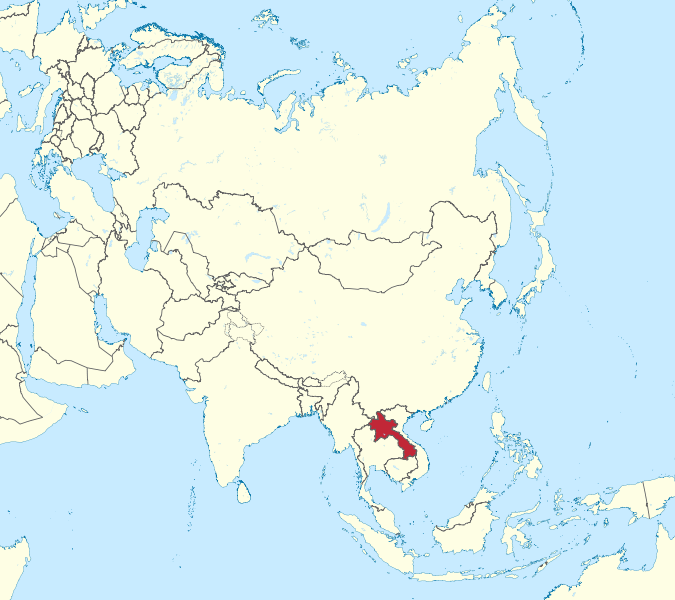 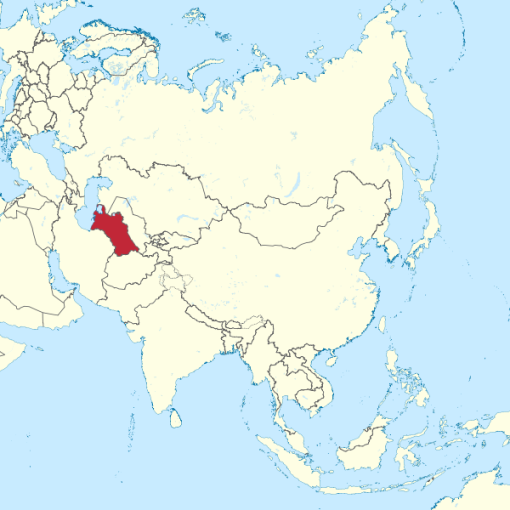 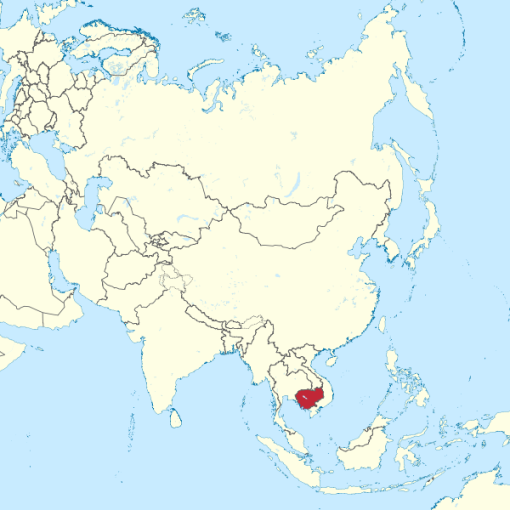